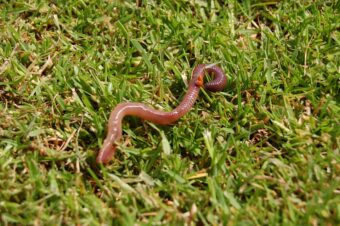 In this article, we will be discussing how to get the best from your wormery. In a past article, I have discussed the best way of composting which is viable for most gardeners. The problem is that it needs a lot of space and compostable material to make it a viable option.

Is there an alternative that takes up less space and uses less material and that is where the wormery comes into play?

Worm composting as said previously is great as you do not need much outdoor space to produce the compost. Composting makes good ecological and economical sense and one of the best you can have is the one you make at home. This takes up a lot of room and if you do not have enough space, then this is where worms come in.

The main difference between the two is conventional composters use worms, beetles and other living things, along with bacteria and fungi to break down the compostable material. Wormeries, on the other hand, only uses worms to break the food waste down to compost. Both use worms, but the two composting methods work quite differently.

You can buy very good worm bins online where it can be simple as a box with holes in or plastic bins, or even a stacking can, where the worms eat one layer at a time before moving up. This makes harvesting the compost very easy. They tend to be costly but most worm compost users say, it is well worth the price.

To have enough for a garden, a minimum size of 30cm x 60cm x 90cm will be sufficient, but it can be smaller if your garden is smaller. The size of the bin to buy is dependent on how much waste you produce and if you are using the wormery ad a secondary or primary system. This is where you have a conventional compost bin to take overfill from your worm bin.

Make sure any plastic container you buy have plenty of holes in to allow air into the system but the advantage is that more liquid is produced. This liquid known as worm tea is a nutritional fertiliser for your plants. In effect, you are producing two products, a solid rich compost and a liquid fertiliser that are both used in the garden.

To use this worm tea in the garden, you will need to dilute it by adding a third of its volume with water.

HOW DOES THE WORMERY WORK?

The worms in the bin eat any scraps or peelings that you may add. The worms also eat any bacteria, moulds and fungi present to help the decomposition of the waste. The digestive enzymes in the worms’ stomach break down any waste and release the nutrients within.

Basically, the worms consume anything that it can get its mouth on. When the process is complete, there is a mixture of compost, bacteria, plant residue and the poo that comes out and is known as worm casts. The worm casts are the things that you are interested in; it is pure compost gold.

To keep the worms happy, they need bedding as well as food. They need to be happy to produce good, quality casts. The bed makes a nice place for the worms to lay their eggs in and it must feel like a home to them. The bedding itself will be eventually eaten, as they are good housekeepers and within 4 months the bedding will need to be replenished.

WHAT WORMS DO YOU NEED?

The bad news is that you cannot go into the garden and dig up worms and use them; it will not simply work. Garden worms like to live underground; they do not process and consume large quality of compost, they hate to be imprisoned and they do not like to be disturbed. Instead, you need special composting worms known as brandling or tiger worms (Eisenia or Lumbricus genre). You should be able to buy them from fishing tackle shops or from here.

They are sold by weight (easier to measure) then by number (difficult to count). You will need to calculate how many worms to buy. The best way to do this is to use a 2 to 1 ratio of worms to scraps so that if you one kg of waste to process, you need to buy 2 kg of worms.

If you are prepared to be patient you can buy less and let them breed. The problem with this is that you cannot add all your waste in one go, as this will overwhelm the system.

HOW TO USE THE WORM BEDDING

The bedding as said previously makes a home for the worms, but it also holds moisture, somewhere to place the scraps, and finally to become food for the worms. It is a source of carbon for them and can be made from several, easily obtained ingredients: newspaper, coir fibre, soil, animal manure, leaf mould, wood chips and shredded paper. If you find it too complicated you can buy already made bedding for worms.

The bedding material needs to be moistened and should fill ¾ of the wormery. The easiest way is to tear, black and white newspaper into strips and then use this as bedding. Coir compost pre-soaked in hot water and then cooled makes excellent wormery bedding, but then yet again is not as cheap as newspapers.

You can use a pre-made kit designed for lining your wormery.

To this base material, you need to add a couple of trowels of garden soil, as this will aid the worms’ ingestion. This is because the worms eat the soil and use it to break down the scraps. The soil also adds bacteria and fungi to help initiate the composting process. The base and garden soil must be mixed well before placing it into the worm bin.

WHAT IS GOOD WORM FOOD?

WHAT IS BAD WORM FOOD?

HOW TO MAINTAIN YOUR WORM BIN

After 2 hours when the bedding has been placed in, you can start adding your food scraps. It is best to add the scraps wrapped in newspaper as this will keep the flies down and it adds more carbon than the worms need. It also gauges when the worms are getting into their food, so you know if you are overfeeding them.

You need to bury the food in a different part each time to get the worms working. The worm bin should be moist at all times, not overly wet and not overly dry. If the bins get too dry, add a little water. If it gets too wet, add thin cardboard to absorb the extra moisture.

Treat the worms as toddlers and you cannot go wrong. They like a bland diet and their tiny mouths can only eat tiny amount to which their heads can burrow into. Worms need calcium in their diet and you can buy these to treat them, but you can use eggshells as long as your pulverize them first.

IDEAL PLACE TO SITUATE YOUR WORMERY

If in winter you need to keep the worm bin outside, you need to cover them to keep them going. Double bubble wrap is ideal for this, but bring it inside is even better.

Worms also need a lot of air, moisture and a neutral pH. A well-designed bin should be airy and not hot and stuffy.  pH is determined by the food you give to the worms, onions and curries in large quality can decrease the pH to make it too acidic.

The best place to locate your wormery is in the kitchen, where the waste produced occurs the most often, It is easier to keep the worms warm and feed them all your scraps.

How often to harvest the compost is dependent on how many worms are present, how often scraps are added and the operating temperature the bin has been kept at. In winter, where the temperature drops below 10 degrees Celsius the worms fall into hibernation and nothing happens.

In summer, you will be able to harvest every 2 to 3 months, but you will need to recognise if the quality of the compost is good enough.

The compost is ready when it is dark, rich colour. It can be harvested in several ways. The easiest method is to do nothing until the whole bin has been turned into very fine compost.

A second method is to do the following:

Once the bedding has diminished to nothing and you cannot bury fresh scraps in, it is time to add more bedding.

HOW TO USE THE WORM COMPOST

Worm compost or vermicompost to give its alternative name is particularly suitable as a top dressing of houseplants. You may need to sterilise first to remove any living insects in it. Place the compost between two sheets of plastic and leave it in the sun for a month before using it.

You can use the worm compost as part of your growing media for your containers. Add one part worm compost to four parts multipurpose compost as this will add nutrients to the compost mix. You can place a sprinkling of worm compost in a planting hole to help the plant grow. You can also scatter worm casting into the bottom of seed rows. This will give plants a food source to draw on as soon as the seeds germinate.

In this article, we have discussed the best method to use to get the best from your wormery. In this article, everything that you will need has been discussed from the selection of the worm bin, the worms themselves, and the way to make their bedding and what can and cannot be used for their food. They can manufacture worm tea and compost and this has a multitude of uses in the garden.

A wormery is not easy to look after as without due care and attention the worms can die. If you follow all the recommendations made in this article, you will surely have a thriving and flourishing worm composter.

If you have any questions or comments that you wish to make, please wriggle to the worm box below and leave one there.

6 thoughts on “Worm Composting- How to get the best from Your Wormery?”