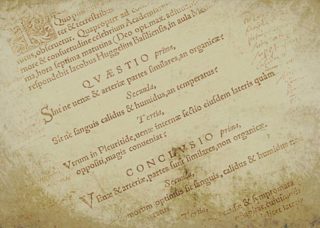 In this article, the use of Latin for the container gardener will be discussed. You may have noticed that in all my articles on flowers that I use the Latin names. You may wonder why I do this and the answer is simple. I do not wish for my readers to buy the wrong plant, as Latin makes identification easier.

This is because some plants have the same variety names, which could lead to confusion. The other confusing aspect is that a plant may have many common names around the world, so when you are talking to somebody using their familiar name you may draw a blank look. This is can be confusing even if you are talking about the same plant.

Ask in English and unless the person you talk to is familiar with its common name, you may get the wrong plant. Ask in Latin and you can be certain to get the plant you ask for. The second reason is that the Latin name is more descriptive as they describe a feature of the plant itself. If you know some Latin then you will know more about the plant without the need to look things up.

DO NOT LET LATIN PUT YOU OFF GARDENING

For new gardeners and experienced gardeners, Latin names can put people on edge, making the fascinating subject of the world of plants appear like so much mumbo jumbo. This is a shame as with a little knowledge of this ‘dead’ language can open your understanding of plants.

This old, dead language still stretches all continents of the world, providing an international understanding of plants. You can say it is the preferred international language to bring all plant nomenclature under one roof. Even Japanese and Chinese Botanists use Latin, as the history and romance of the subject come alive. You will then understand why the subject is so fascinating to botanists and gardeners now and in the past.

WHY SCIENTISTS USE LATIN?

Plants and animals are always named using Latin nomenclature because the science dates from the time when Latin was the universal language of the civilized world. It is a way of communicating amongst scientists and gardeners that no matter where you are, you will be understood.

The Latin Nomenclature was developed by Carl Von Linne who began it all in the eighteenth century, where he developed the first system of plant classification. Carl Von Linne also gave himself a Latin name, Linnaeus.

All Plants have two names like most human beings have. The first name describes the genus or its classification. For example all roses, regardless of the flower colour, growing habits or size, come within the genus Rosa.

When a yellow cultivar of the rose was introduced, it was given the variety name ‘Lutea’, which translates from Latin to mean yellow. The variety name conventionally begins with capital letters and is enclosed using single speech marks. This is how the botanists prefer it to be named but then again most gardeners do not need to use this level of perfection.

Now you can understand that the Latin name tells you quite a bit about the plant. For example, Rosa banksiae ‘Lutea’ tells you that the plant you have bought or are interested in is a rose that produces yellow flowers and is named after Sir Joseph Banks’ wife. From this, you can research more about the plant, when it was introduced and the plants’ origins.

PLANT HUNTERS- THE KEY IS IN THE NAME

Many plants are named after famous plant hunters who found them, or after their friends, colleagues, lovers, supporters, or patrons. For example, Berberis wilsonae was introduced from China by E.H. Wilson in the early twentieth century, or the beautiful conifer Abies forrestsii, also introduced from China by G. Forrest. Berberis darwinii was introduced by William Lobb but named after the famous naturalist Charles Darwin.

These all add interest to the name of the plants that are often found in our gardens. The history of the plant hunters are quite extraordinary and it is worth a read. I would recommend this book, as it is a good read.

Variety names are very important to draw a distinction between different types of the same genus and species class. Quite a lot of the variety names are now embedded in the language of the country where the plant was bred. You breed it, you can name it. For example, if you bred a plant with a specifically beautiful flower, then this will give you bragging rights to what you want to call it. This is why plant breeders are interested in making new cultivars, which will give them a chance of immortality.

This means a lot of plants have a hybrid half-Latin and half-English names, like Erica arborea ‘Albert’s Gold’. Erica tells you that the plant is a heather because all Ericas are. Arborea tells you that it is a tree heather as arborea translates from Latin as tree. The ‘Albert’s Gold’ tells you that it is named after an Albert somewhere, from a nurseryman who raised it or as a romantic gesture, we simply do not know. The gold will describe a trait that the plant has, either being golden in flower colour or leaf colour (in this case it is the latter).

To make things more complicated, some hybrids only use the Latin first name genus, followed by the variety name. For example, Magnolia ‘Elisabeth’ is a magnolia tree named after the Brooklyn Bank nursery where the plant was raised.

The second name can also indicate the country of origin, where the plant initially came from. Wisteria sinensis tells you that this Wisteria actually comes from China, but a plant called Astilbe chinensis also comes from China. You often think why they have to complicate these things, by having two names for the same place.

You will find that a lot of plants use japonica as a second name. This is confusing as all it tells you is that the plant genus and where it comes from, but tells you nothing about its growing habits. For novice gardeners who do not know what a plant looks like, the Latin name will reveal little about the plant. All ‘Japonica’ means that the plant originates from Japan, so that Kerria japonica, Chaenomeles japonica, and Anemone japonica, are all plants from the same country but are all very different plants.

The second name of the plant, the species name is often helpful in describing features of the plant. It can tell you about the colour of the flowers or leaves, the height it grows to, if its leaves are long or short, broad or narrow, whether the plant has thorns.

It can tell you its country of origin (tell the gardener about its growing conditions found in their native land), how big it gets, whether it is a climber or if it creeps along the ground. The Latin name can also tell you if it is deciduous or evergreen, if it is a bulb or if it is edible, or it can tell you about the person who had a hand in the plant development.

What must be noted is Latin like many other languages, assume genders to all of its nouns. This means that the adjectives used have to agree with the gender of the noun they describe. If plant names are assumed to be masculine the plant Latin name will end in -us, whilst those that are feminine would end in –a. Neutral words which are neither masculine or feminine will end in –um, and these include Latin word that break the rules.

To simplify things only feminine ending Latin words will be used, but if you come across a plant with the same name but ending in –us or –um, it is the same plant.

What follows are Latin words that you will find associated with plant names and what they mean in English:

umbellata– flowers that are umbellated

australis-from the South, not necessarily Australia

borealis– from the North

magellanica– from the South of South America

arvensis- of the field

campestris- of the field

maritima- from near the sea

montana– from the mountains

rivalis- from near rivers

rivularis- from near rivers.

repens– growing near to the ground

digitata– leaves with 5 lobes and looks like a hand

A SHORT NOTE ON PRONUNCIATION

There are some plant snobs who pride themselves on the correct Latin pronunciation they learnt in school, but to most people, it will not matter. To me, it does not matter how you pronounce the names, as long as you are understood. As long as you can communicate the name of the plant to the relevant people then you will never be lost and you will get the right plant.

In this article, the use of Latin for the container gardener has been discussed. Latin will not only tell you about the growing habits of the plants but will also minimize errors caused by the common name misuse. Most common names cross many genii, which can cause confusion and this is why Latin is very important.

Get the Latin right and you will get the right plant, get it wrong and do not be surprised if you end up with a different species altogether.

If you have a question or comment you wish to make, please do so below in the usual place.

Share the Latin love with your friends and family.